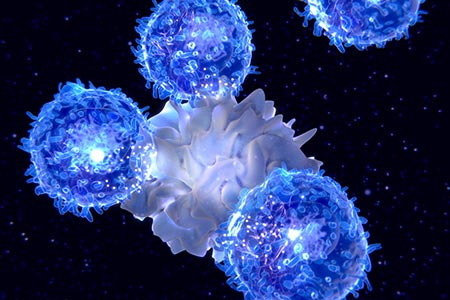 Colin Rose, the author of this series of articles, is a Senior Associate of the Royal Society of Medicine (RSM). He draws on recent updates from multiple sources including both the US and European Centres for Disease Prevention and Control. He researches and writes for Uni-Vite Healthcare Ltd.

In this new five-part series, the emphasis is both on how to improve your chances of a mild outcome and evidence-based ideas for prevention.

Enhancing your immune system is doubly important as we know that some people who have recovered from COVID-19 are left with a weakened immune system.

Many other viruses have the same effect. SARS, for instance, is a coronavirus and is known to decrease immune system activity by reducing the production of signalling molecules called interferons.

Your immune system is your primary natural defence against disease – and indeed ageing itself. But although we talk about the immune system, you actually have two linked immune systems.

The acquired or adaptive immune system

This remembers if you have encountered a bacterial infection or virus before and dispatches specialist immune cells (T- and B-cells that help to create antibodies) to overwhelm and kill the intruding foreign pathogens. Antibodies lock on to corresponding antigens on the invaders and enable scavenger cells to eliminate them.

But you can spot the flaw. It takes time to build up immunity and if the threat is new – as COVID-19 is – you are not immediately protected.

Fortunately, you have, in common with most other vertebrates, another immune system called the innate immune system. In evolution, this came first and it can be likened to front-line troops patrolling the body and immediately attempting to prevent the spread of any pathogen – including never-before-encountered bacteria and viruses.

There are a number of innate immune cells (white blood cells) but the most common are macrophages (which surround and engulf pathogens), neutrophils and Natural Killer cells which seek out and destroy cells that have been infected.

How can we support both immune systems? Nutrition is a key

Your diet is the best supporter of the adaptive (memory) immune system – and a diet with lots of fruits and vegetables, plus Omega 3 rich fish, whole grains and a daily handful of nuts and seeds is a good base.

Nutrients that specifically support the adaptive immune system include vitamins A, C and E, Omega 3, zinc, selenium and the carotenoids beta carotene, lycopene and lutein.

Exercise, adequate sleep and managing stress are equally important – which is why mind calming and deep breathing exercises (see Part 4) are doubly effective.

There is one natural food ingredient – extracted from the cell walls of some mushrooms (shiitake, for example) or better yet baker’s yeast – that has been identified as a very powerful support to the innate – frontline – immune system.

This ingredient – 1-3, 1-6 beta glucan – has been shown in hundreds of studies to increase the number and activity level of the key innate immune cells (Natural Killer cells, neutrophils and macrophages). This heightened activity results in more effective immunity, not just against viruses, but respiratory tract infections, pneumonia, and bacterial infections.

Researchers initially discovered this immune boosting compound more than 50 years ago. Over millennia, your innate immune system has learned to recognise yeast as a potential pathogen. So, when it senses the microscopic particles in the 1-3, 1-6 beta glucans, it interprets them as a potential enemy, even though they are totally harmless, and responds by increasing the numbers of immune cells circulating in your bloodstream.

Clinical trials of 1-3, 1-6 beta glucans have been going on for decades. Dr Myra Patchen is one of the lead researchers into this natural compound. She has shown, for example, that when laboratory mice were exposed to very high levels of E-coli, NONE survived, but when the immune systems of a control group were primed with beta glucans, 90% survived.

1-3, 1-6 beta glucans had the “best position” among all immune boosters tested

In another study during the 2009/10 swine flu epidemic, pigs administered with beta glucans showed far lower replication of that virus.

In 2019, the Department of Immunology at the University of Louisville published a meta survey of 20,000 other studies on various immune modulators. They concluded that 1-3, 1-6 beta glucans had “the best position” among all the many immune boosting compounds tested.

The researchers also examined the positive use of 1-3,1-6 beta glucans as adjunct therapy in certain cancer treatments – specifically, monoclonal antibody therapy. They concluded:

“With more than 80 clinical trials evaluating their biological effects, the question is not if glucans will move from food supplement to widely accepted drug, but how soon … In addition, they are relatively inexpensive and possess extremely low risk of negative side effects.”

Numerous other studies (referenced below) confirm the use of 1-3,1-6 beta glucans as a safe and effective way to enhance the innate immune system.

This is echoed by some dramatic results from other trials. Scientists at the Canadian Department of Defense gave mice 1-3, 1-6 beta glucans before they exposed them to a potentially lethal dose of anthrax. Half of the control dice immediately died, while ALL of the beta-glucan protected mice survived.

In another trial in 1987 by the US Army, the administration of this type of beta glucans was found to protect not just against bacteria, viruses and fungi, but even against radiation.

Most of us, fortunately, will never be exposed to radiation attack or anthrax, but as a way to increase an immune response to colds, super-bugs and viruses, this is one supplement that is well worth considering.

Not all 1-3, 1-6 beta glucans are equally effective – look for WellmuneTM

One technical point. Beta glucans need to be extremely finely milled in order to be taken up effectively by the immune system. This also means they cannot trigger an allergy. Only a very limited number of beta glucan ingredients are finely milled. WellmuneTM beta glucans is one, with some $200 million of research behind it.

It is because of the wealth of research behind 1-3,1-6 beta glucans that we incorporated WellmuneTM into Immunoshield.